There are numerous vintage knitting pattern sources online--either free to download or as excellent references. These are fabulous sites to learn about the history of knitting in the 19th and 20th centuries as well as to acquire some cool patterns. Below are links to collections I've found useful.

A note of caution: if you download patterns, be sure they are out of copyright. Unfortunately, there are people who post copyrighted patterns illegally.

The Victoria and Albert Museum

Knitting Reference Library of the University of Southampton

On-Line Digital Archive of Documents on Weaving and Related Topics
OK, this site is for weaving, but it's great!

And if you want to purchase vintage patterns or reproductions of them:

Posted by Diane at 3:45 PM No comments: Links to this post

Galadriel had twins late Tuesday night -- a boy and a girl. I was getting ready to go to bed about 11 pm when I heard something that sounded very much like a lamb. Sure enough, there were two! In order to move them to the lambing pen, I had to put the flashlight in my pocket. It's not easy catching two black lambs, one in each hand, on a very dark night. 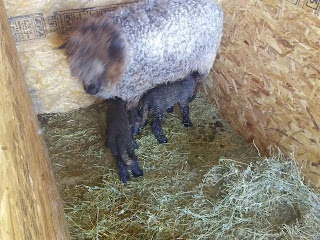 Posted by Diane at 4:56 PM No comments: Links to this post

Email ThisBlogThis!Share to TwitterShare to FacebookShare to Pinterest
Labels: lambs

Wanting to view the Channel Island cast-on, I went to YouTube. The first video that came up was from Eunny Jang. I've watched several of her other videos and liked them, so I watched this one. It taught me what I needed to know.


I figured it's always useful to get more than one take on a subject, so I watched the next Channel Island cast-on video in the YouTube queue. That knitter presented the subject a bit differently.


So I watched two more YouTube videos, and each of them took varying approaches to the cast-on, especially the last one by Ann Kingstone.


The moral of this story is don't rely on just one source to learn something new. The more you know, the more options you have. Oh, and this is a very cool cast-on.
Posted by Diane at 5:23 PM No comments: Links to this post

Sheep on a Schedule

When the summer monsoon rains come, I let the sheep out most afternoons to graze on the green grass. They love it, of course, and it lowers the feed bill for the alfalfa hay.

Awhile back, I opened the gate for them to graze in the morning. Apparently, I messed up their schedule. All the sheep hesitated to go out, and Gimli, one of the rams, simply refused to exit at all. Instead, he shifted over to his usual spot to await hay. I finally scattered COB (corn, oats, barley, and molasses) on the grass to get Gimli out. After they ate it, the sheep dispersed and started browsing.

Seriously, guys, you can graze in the morning as well as the afternoon. Silly sheep. 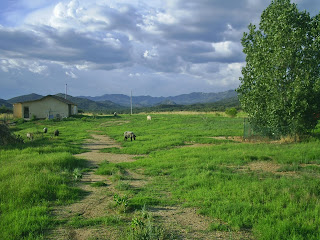 Posted by Diane at 2:38 PM No comments: Links to this post 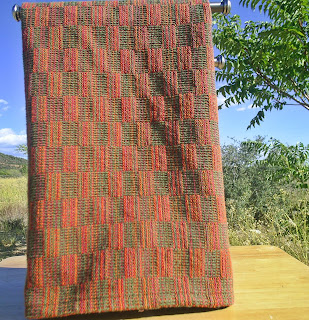 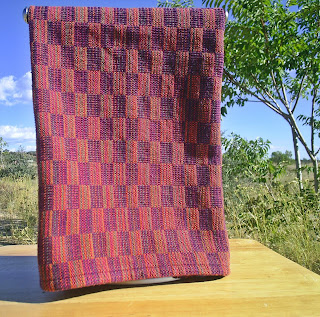 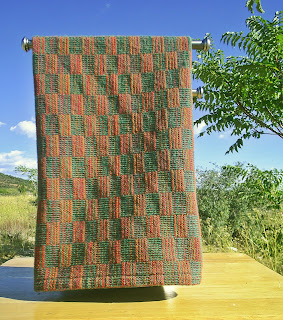 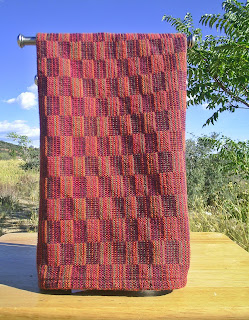 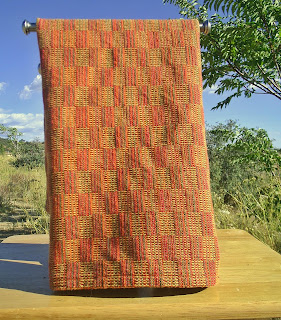 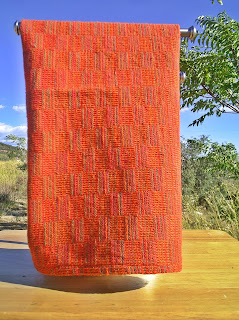 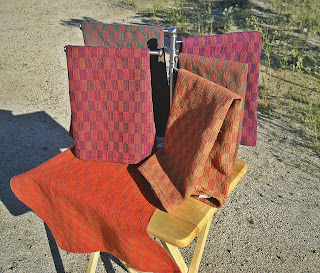 Posted by Diane at 6:44 PM 2 comments: Links to this post

Some of this year's wool from Madeleine, one of my Cotswold sheep. Her fleece is absolutely gorgeous. It was her first shearing, though, and she was not cooperative. I had the bruises to show for it. 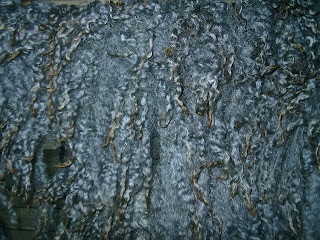 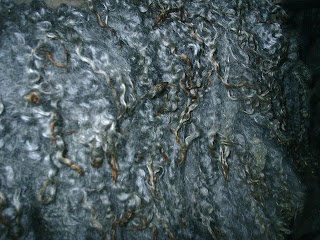 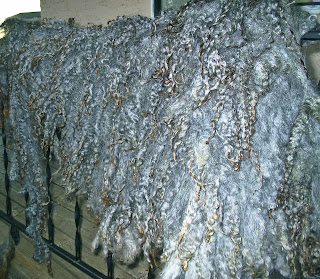 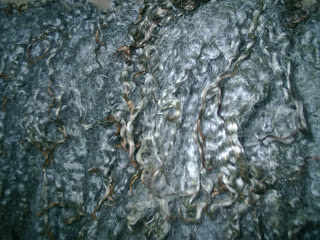 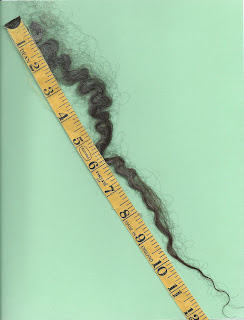 Posted by Diane at 10:55 AM No comments: Links to this post

I'm teaching a woman to knit who works in the same building as I do. I dropped by the other day to say hello.

When she saw me, she said, "Emergency!"

"Yes!" she replied as she grabbed her knitting.

She's knitting her first slipper and somehow managed to wrap a stitch instead of knitting it. I was pleased she recognized there was an error even if she didn't know how to correct it. She's enthusiastic about knitting and already has a list of things she plans to make. Teaching is so much fun.
Posted by Diane at 9:06 PM No comments: Links to this post

Email ThisBlogThis!Share to TwitterShare to FacebookShare to Pinterest
Labels: knitting

Yesterday, returning the sheep to their pen after grazing was easy. It was hot, and both Logan and the flock were tuckered. The sheep simply followed Logan as he ambled to their enclosure and through the gate. Below is a picture of a job well done. 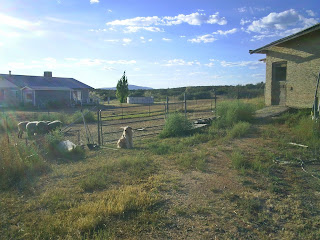 Today, however, was more exciting and involved a chicken.

Instead of gathering the grazing sheep, Logan entered the barn and discovered a hen. He was in a bouncy, playful mood and started chasing her around. He plays with the chickens often and doesn't want to hurt them, but he was overexcited and kept trying to pick her up. I told him to stop, and the chicken ran off. She didn't go far, though, and Logan continued the game. I finally scooped up the slobber-covered hen, put her in the hay storage room, and gave her some COB (corn, oats, barley, and molasses) to mollify her. She can leave via the open window when she's ready.

I turned around to find the sheep entering their enclosure under Logan's watchful eye. Huh, well, that part was easy. 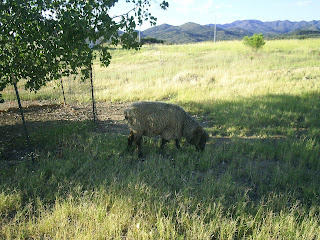 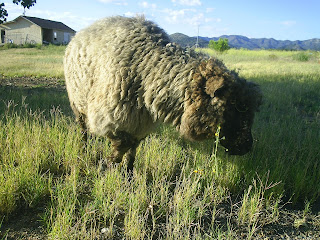 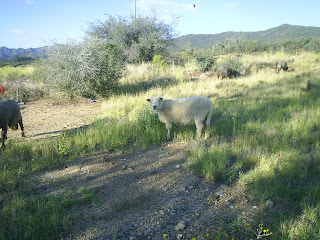 Posted by Diane at 7:00 PM No comments: Links to this post

When you run into your vet while out shopping, someone who you usually see just once a year, and she greets you by name, does that imply that your dog is a bit too memorable?

Logan is perfectly happy to go to the vet's and to see her and her office staff, but he emphatically does not want to be examined or treated. The situation makes vet visits a challenge. 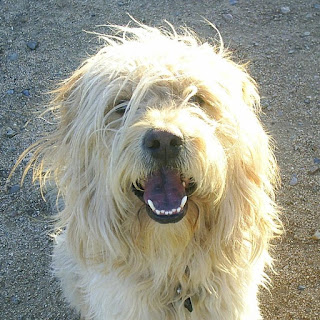 Posted by Diane at 8:34 PM No comments: Links to this post

Sometimes Sheep Respond to Their Names

While taking the trash out to the road, I saw all but one of the sheep grazing nearby. Coming back, I noticed Logan had encouraged the group to move along.
Wondering about the other sheep, I asked Logan, "Where's Gimli?" Immediately, I heard a deep baa and looked up to see Gimli rounding some scrub oaks and trotting towards me. After I petted him, he wandered off to graze some more. That was a really weird experience: I had no idea the ram knew his name.
Posted by Diane at 10:08 PM No comments: Links to this post